The Old Course & Other Courses

You can’t mention St Andrews without referring to the Old Course. Recognised the world over as the Home of Golf, St Andrews Links has borne witness to over 600 years of golfing history. That the game evolved and developed into its final form here has never been in question. Golf has been played on the famous Links since as early as the 1400s, and it was here in 1764, when the 22 hole Old Course was reduced, that today’s 18-hole round was established, becoming the standard for golf courses the world over. One golf course has now become seven, and many of golf’s most dramatic moments have occurred here. The Links has played host to the game’s greats as well as those enthusiastic amateurs for whom the chance to play St Andrews’ hallowed turf is a dream come true. As well as seven courses, the Links also manages four shops, three clubhouses and a Golf Academy – all open for the public to enjoy. Video courtesy of Golf.com.

The St Andrews Indoor Golf Centre is new facility recently opened in the heart of St Andrews. They offer a unique training facility in St Andrews, ‘Home of Golf’. Their centre uses state of the art technology and the latest equipment available to golfers. You can play on our state of the art Golf Simulator or practice using the state of the art Trackman system. Their simulator offers the choice of the world’s top golf courses. The Centre also contains Huxley Putting Greens. and offers fun for all the family and training for golfers. We look forward to welcoming you to the Indoor Golf Centre. You can contact them HERE.

The remains of St Andrews Cathedral, which was Scotland’s largest cathedral and most magnificent church, show how impressive it used to be. The museum houses an outstanding collection of early and later medieval sculptures and other relics found on the site, including the magnificent St Andrews Sarcophagus of Pictish date. The precinct walls are particularly well preserved. St Rule’s Tower, in the precinct, is part of the first church of the Augustinian canons at St Andrews built in the early 12th century. There are splendid views from the top. Watch this very interesting video by David from Dig it! TV.

St Andrews Castle is the ruins of the castle of the Archbishops of St Andrews, dating in part from the 13th century. On a headland to the north of St Andrews stand the ruins of the city’s castle, the main residence of the bishops and archbishops of St Andrews and the focal point of the church in medieval Scotland. Explore the underground 16th-century siege mine and counter-mine, and the ‘bottle dungeon’, one of the most infamous castle prisons in medieval Britain, which was cut out of the solid rock. John Knox and George Wishart may have been imprisoned in this dank and airless space, and this is where its believed Cardinal Beaton’s body was kept when he was murdered in 1546. 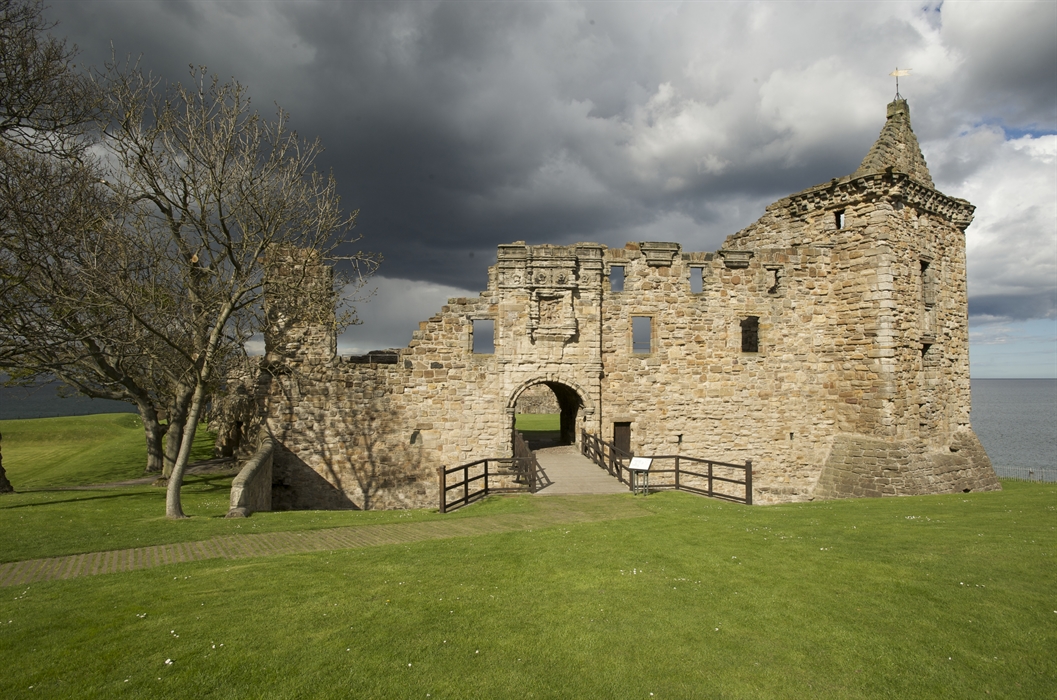 Famous for the opening scenes of the film Chariots of Fire, West Sands extends for almost 2 miles of uninterrupted sand backed with dunes and the world-renowned golf course.

West Sands is about a 10 minute walk from the town centre. There is plenty of car parking, lots of information available and zoning of the beach to keep sand yachts and families apart. It is very popular for walking and running on as well as for swimming. Shops and restaurants are close by and there are plenty of wet weather alternatives, including the British Golf Museum and the nearby castle and cathedral. Lifeguards patrol the beach during the peak season. Photo of the West Sands at sunrise courtesy of Chris Reekie. 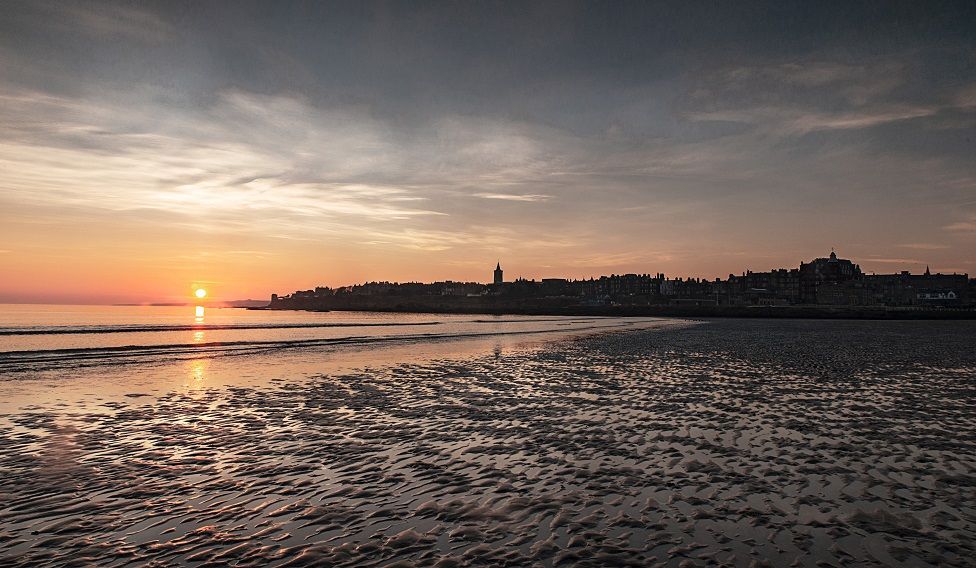 Sign up for our newsletter and receive a 5% discount code for your first booking.